The State Tretyakov Gallery in Moscow is one of the leading scientific, artistic, cultural, and educational centers in Russia, the world's largest museum of Russian art. The gallery was founded in 1856 by Pavel Tretyakov as a private collection. It contains artworks by masters of 10-20 centuries. The collection includes all trends of Russian painting, from icons to avant-garde. In 1856, a merchant Pavel Tretyakov bought the first two paintings of Russian artists N. Shilder and V. Khudyakov. In 1850's, he adds to his collection the works by I. Sokolov, V. Jacobi, A. Savrasov and M. Klodt. At that time, Pavel Tretyakov had a dream to create a museum, which will feature the works of Russian artists. The collector acquired all the best pieces of Russian artists that were at the art market. By nature, Pavel Tretyakov was not just a collector. He had extensive knowledge of literature, art, theater, and music. He created the first museum in Russia, reflecting the development of Russian art, and wanted it to become a public museum. In 1867, the gallery was opened, representing a collection of Pavel and his brother Sergei. Pavel placed the paintings in his house on Lavrushinsky Lane. 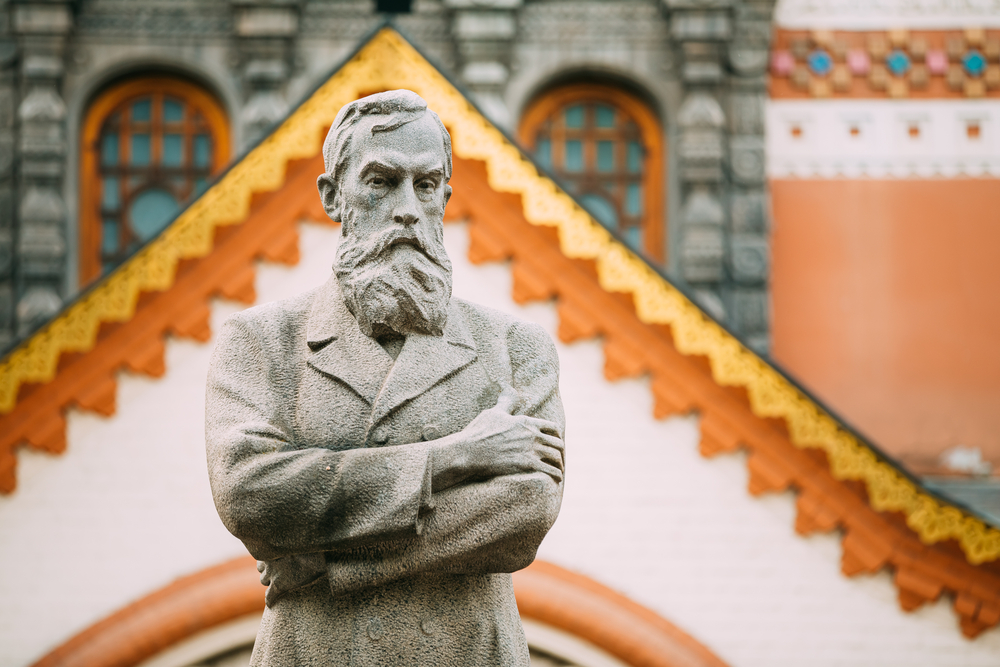 From 1872 to 1874, there were built two museum rooms, which were connected with the dwellings. In 1882, when it was necessary to place a collection of Turkestan, there were added six brand new spaces. Additional rooms also appeared in 1885 and 1892. 1892 was a significant year for the museum — that year, Pavel Tretyakov presented the gallery to the city of Moscow. Then the collection included 1287 paintings, 518 drawings, and nine sculptures by Russian artists of the XVIII-XIX centuries, as well as works by Western European masters. A year later, there was the official opening of the Moscow City Gallery of Pavel and Sergei Tretyakov. After the death of Pavel Tretyakov in 1898, his business was continued by other patrons. Nowadays, the superb collection of the State Tretyakov Gallery contains more than 170 000 items, including numerous icons, paintings, sculptures, and graphics. The collection includes famous Russian artists such as Andrey Rublev, Alexei Savrasov, Vasily Surikov, Ilya Repin, Ivan Shishkin, Valentin Serov, Viktor Vasnetsov, Mikhail Vrubel, Kazimir Malevich, and others. The unique collections of the museum are the Collection of Russian Art of the 9th-10th centuries and the Collection of Soviet Art of 1930-1980.