The Alexander Column is one of the most famous monuments in St. Petersburg. It was built in the Empire style in the center of the Palace Square by architect Auguste Montferrand under a decree of Emperor Nicholas I to commemorate his elder brother, Alexander I of Napoleon. This monument added the composition of the Arch of the General Staff Building, which was dedicated to the victory in the Patriotic War of 1812. It is the world's highest freestanding triumphal column — it stands only under gravity. The total height of the monument — 47.5 m, the height of the granite column — 25.5 m, its weight — 704 tons. The Alexander Column reminds samples of the triumphal buildings of antiquity. Its construction in St. Petersburg was the answer to the setting of the Vendome Column in Paris in honor of the victories of Napoleon's army. In the Russian capital, a French architect Auguste Montferrand glorified the most important event — the complete defeat of Napoleon. 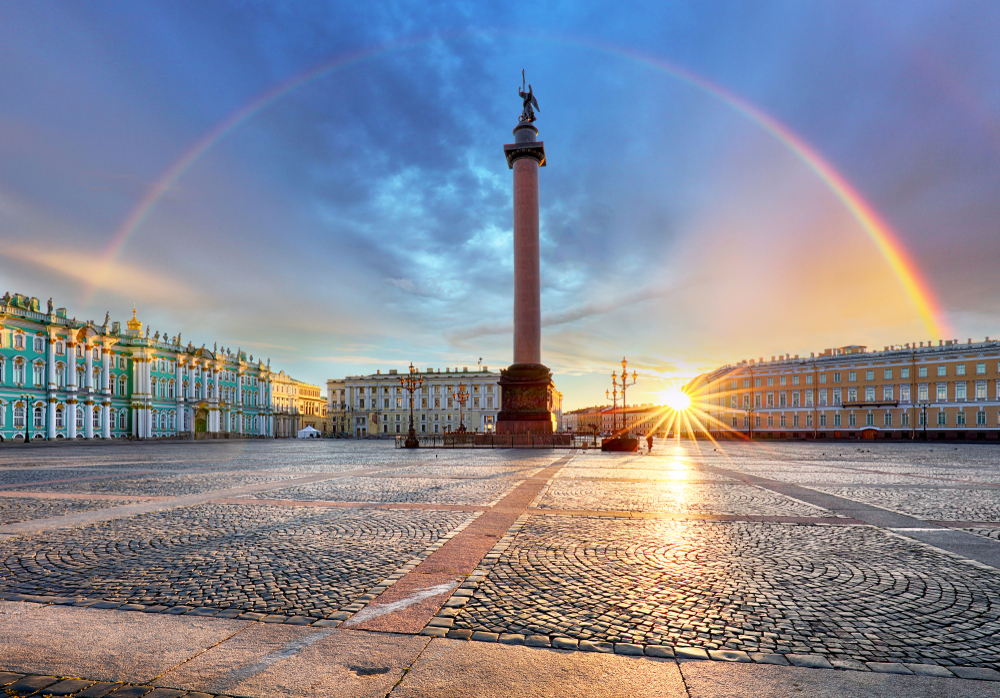 The main difference between the Alexander Column and the Vendome Column in Paris and their common prototype —  the Trajan's Column in Rome is that the Alexander Column is carved out of a huge granite monolith, which surface is left smooth, revealing the beauty and power of the natural stone. The monument is crowned by the figure of an angel by Boris Orlovsky. The angel's left hand holds a four-point Latin cross, and the right hand is lifted to the sky. The angel's head is tilted, his eyes are fixed on the ground. The Alexander Column is not only higher than the Vendome Column. The figure of the angel surpasses the height of the figure of Napoleon I at the Vendome Column. Moreover, the cross's angel tramples on the snake, which symbolizes quiet, which Russia brought to Europe, defeated Napoleon's troops. The opening of the monument took place on August 30, 1834. The emperor, the emperor, the imperial family, the diplomatic corps, the one hundred thousandths Russian army, and representatives of the Russian army attended the ceremony.