The Catherine Park consists of two parts: a regular Old Garden and the landscape English Garden. On its territory, there are about 100 different sculptures, pavilions, bridges, monuments, and other structures. The compositional center of the park is the Catherine Palace. On the west side in front of the Catherine Palace, there is the Old Garden, which in the 18th century was strictly regular. Like all regular parks of that time had a symmetrical layout, plenty of statues and pavilions.

Trees and shrubs were planted on a particular system, their crowns were given clear geometric shapes. The marble Italian sculptures were purchased for the park by Peter I at the same time as the statues for the Summer Garden in St. Petersburg. Originally, the plan of the garden was made by the garden master J. Roozen. But during the reign of Elizabeth, the palace and the park were undergone considerable alterations. The territory of the Old Garden was increased, at various periods, A. Kvasov, S. Chevakinsky, F. Rastrelli were involved in the work. 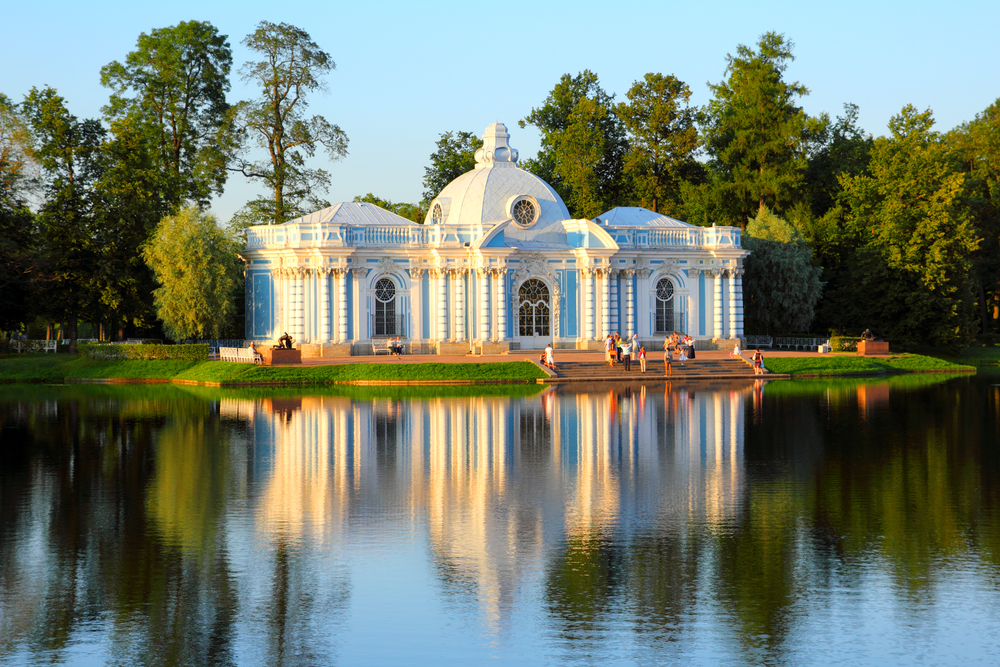 The landscape part of Catherine park begins from the Cameron Gallery. The planning work started in the 1760s. The main feature of any landscape park is its similarity to the natural landscape. During the creation of the English landscape Park, there were planted thousands of trees and bushes and dug canals and ponds, the terrain was changed — there were built the poured hills. There appeared various national exotic pavilions, numerous monuments of Russian victories in the wars with Turkey. In the summertime, you are offered the ferry tours of the Great Pond of Catherine Park. Also, there are available tours in the horse-drawn carriage through the park.

Powered by VisitRussia.com
Interested in tour booking?
At Russia.tours you can find our handpicked tours and excursions for an incredible vacation in Russia.
book now

The Catherine Park is a beautiful monument of the world of landscape art of the 18-20th centuries. Walking through it, you will experience a lot of pleasant emotions and feel the enjoyment of its scenic beauty. 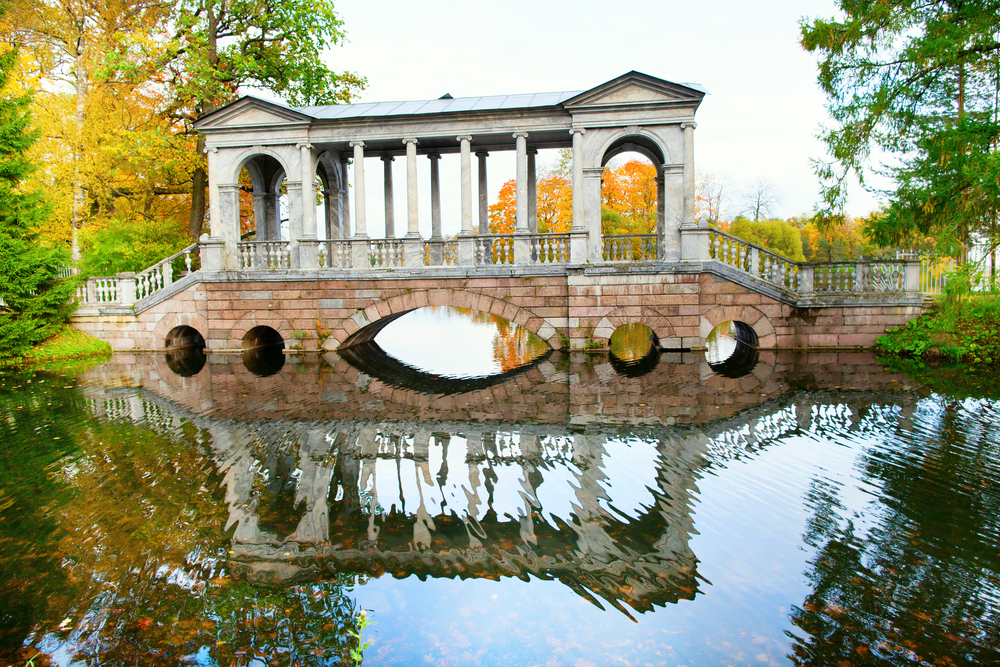