The Kunstkammer located on the Neva River Embankment is a symbol of the Russian Academy of Sciences since the beginning of the XVIII century. The Kunstkammer was opened in 1714 under a decree of Peter I in St. Petersburg. This is the first public museum in Russia and one of the oldest ethnographic museums in the world. The museum was created with the purpose of collecting and studying curiosities created by nature and humans. Originally the Kunstkammer was housed in the Summer Palace, and later — in the Kikin Hall, and since 1727 it has been housed in the building of the St. Petersburg Academy of Sciences on the Spit of Vasilievsky Island. 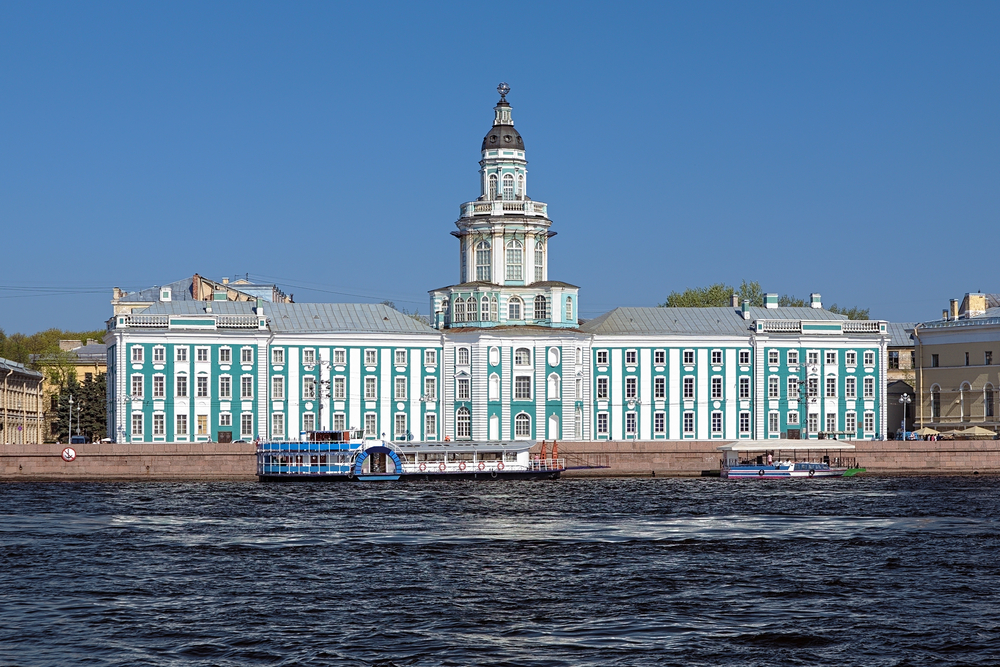 The Kunstkammer is a sample of the Petrine Baroque, one of the few surviving monuments of St. Petersburg of the first third of the XVIII century. At present, the collection of the Museum of Anthropology and Ethnography of the Russian Academy of Sciences (the Kunstkammer) is one of the most complete and interesting in the world. The museum numbers over a million items and reflects the diversity of the cultures of the Old and New Worlds. The basis of the collection of the Kunstkammer in St. Petersburg includes personal collections of Peter the Great. Ethnographic, anthropological, and archaeological collections of the museum represent the culture and life of many nations all over the Earth. Simultaneously, the museum has always been and continues to be one of the largest research centers for the study of human cultural heritage, continuing traditions of the great Russian ethnographers and anthropologists of the XVIII-XX centuries.