The New Holland is a unique monument of industrial architecture of early classicism. The complex of buildings of New Holland is located on an artificial island, limited by the Kryukov and Admiralty Channels and the Moika River. The island was created in 1717 when the construction of canals was completed. Initially, the wood the ships were built was stored in a warehouse next to the Admiralty. The place was called Holland. The Admiralty and Kryukov channels were dug in 1719. Thereby the artificial island of triangular shape was created, where the warehouses were moved. 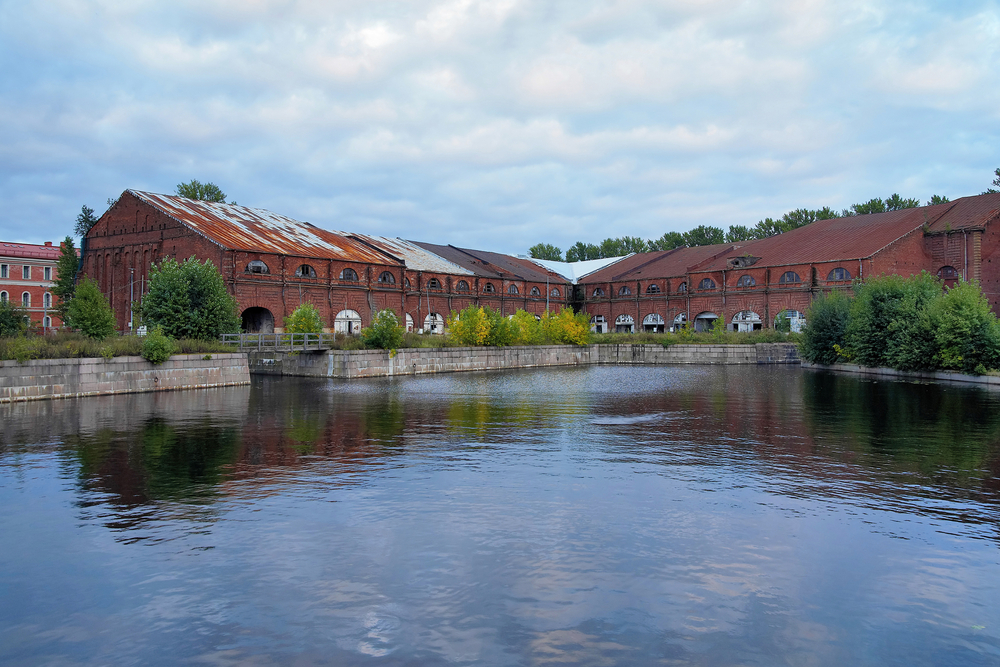 By the idea of Peter I, the island became known as New Holland. The most famous part of the ensemble of the island is a giant brick arch of the New Holland, built over the entrance to the channel by French architect Jean-Baptiste Vallin de la Mothe. By his project, the arch connected two buildings located along the Moika River Embankment. Under the arch, there was a channel situated between the Moika River and the basin-harbor in the center of the island. The building is famous for the Tuscan Columns and highlighted by red brick and hewn granite. The height of the arch is 23 meters, the width of the span is a little over 8 meters. In the 19th century, the Naval Prison was built by the military architect Alexander Sсhtaubert. At the end of the 19th century, there was constructed a pool for ship testing, where the outstanding shipbuilder Alexey Krylov experimented and worked on the theory of unsinkable ships. During the First World War, the island was equipped with the most powerful radio station of the Naval Staff. In Soviet times, the island was a restricted area. There were located the military units. The Island complex consists of several dozen sites; 11 of them are monuments of federal significance. 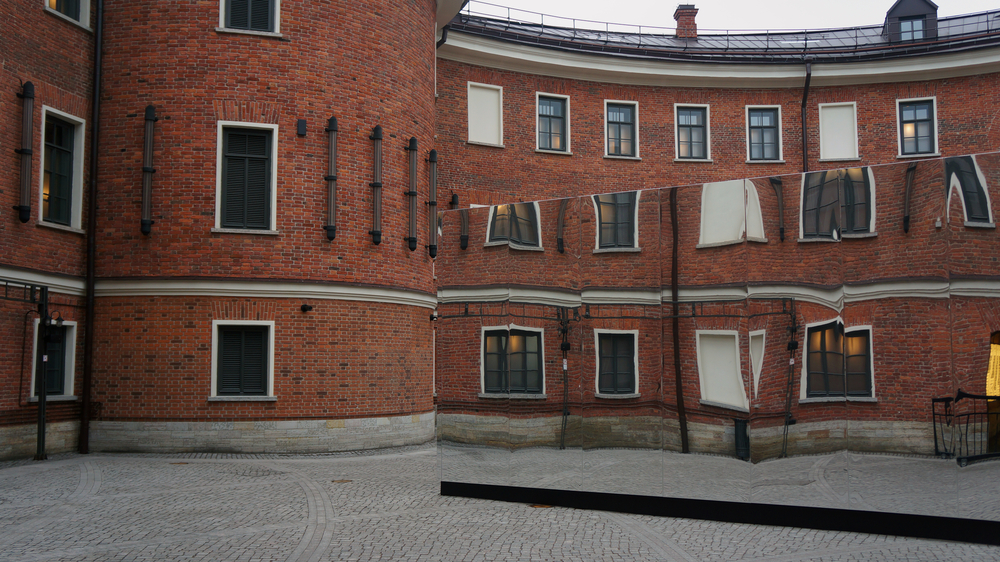 In 2004, it was transferred to the jurisdiction of the city. In late 2004, a fire broke out on the island, inflicted serious damage to many buildings. In February 2006, there was a competition for the reconstruction of the complex. In preparation for it, the Krylovsky pool, the laboratory where D. Mendeleev worked, and the radio station were destroyed. With the participation of renowned British architect, Norman Foster won the competition for the best investment project. Today, the complex historic buildings are used for modern purposes: you can find here cozy cafes and restaurants, showrooms, souvenir shops, museums, an open concert hall, and a large skating rink.