The St. Nicholas Naval Cathedral is a large Orthodox church and a magnificent monument of the late Russian Baroque, located at the St. Nicholas Square in St. Petersburg. The St. Nicholas Cathedral was built as a «marine regimental church» in the period from 1753 to 1762 by architect S. Chevakinsky on a marine regimental court in place of the wooden church. The cathedral can accommodate about five thousand people at once. A detached four-store, crowned with a high spire, bell tower was built in 1755-1758. The bell tower became an organic element of the entire ensemble of the St. Nicholas Cathedral and one of the recognizable landmarks of St. Petersburg, which can often be seen in the paintings of St. Petersburg artists. The building of the St. Nicholas Cathedral is decorated with Corinthian columns, stucco frames, and wide entablature. It is crowned with five widely spaced heads with golden domes. Balconies complete the facade with ornate forged grates. The perfect mix of golden domes, blue facades, and white columns gives the cathedral elegance and solemnity. 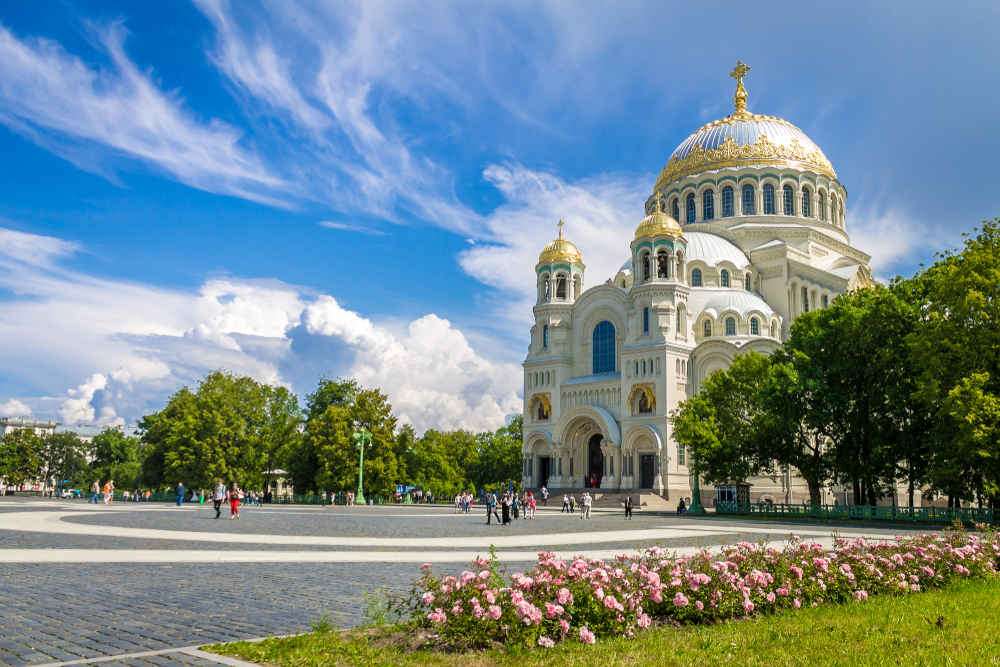